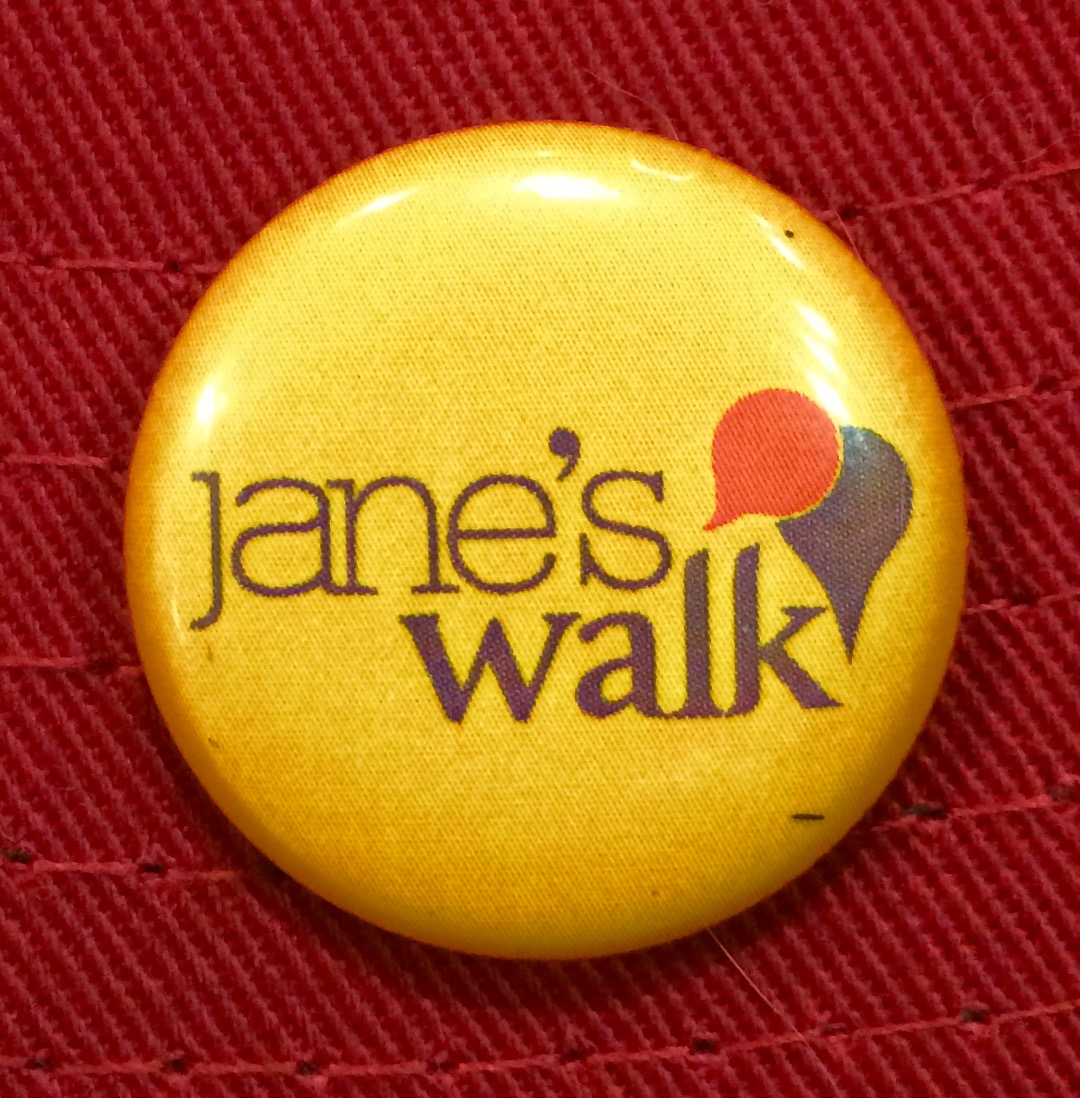 In honor of urbanist Jane Jacob’s birthday (May 2), cities around the world  sponsor  “Jane’s Walk“.  The idea is to take a walk and tell a story about the community you live in. This year Tampa, Florida used this as an opportunity to ask folks how to make the “Selman Greenway” a friendly space to walk, bike, or jog.  It’s a big challenge. First, there is very little green on the greenway. The greenway is an asphalt parking lot under The Lee Roy Expressway toll road.  The noise overhead drowns out normal conversation (our guide used a microphone). Over the past few decades, city planners have worked to reclaim the waterfront and transform it into walkable urban parkland. Previously, an industrial waterfront hid a wonderful natural asset — the Hillsborough River. Tampa is celebrating  the opening of the last section of the 1.8 mile Riverwalk.  Jane’s Walk was part of the celebration. 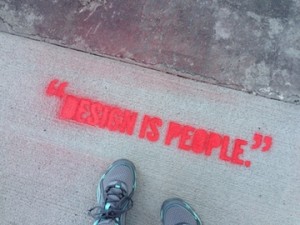 Jane Jacobs quotes were spray painted on the sidewalk. 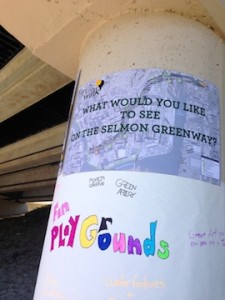 Visitors were encouraged to add park suggestions to this poster.

Interstate 275 is approximately 16 blocks away.  The Selmon Expressway added to the network of confusing loops, crisscrossing roads, and one way streets in the city. Concrete pillars  block  sight lines adding  more visual noise. The result is that Google Maps or any other digital map probably won’t help much for way finding.  Before entering the city, you better know your destination and where you plan to park.  It’s no wonder that over time people stopped walking in the city. Further,  busy streets and an industrial waterfront hid a wonderful natural asset — the Hillsborough River. 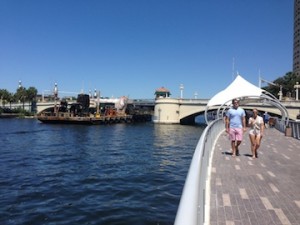 It is a pleasant 1.8 mile stroll along Tampa’s new Riverwalk park. 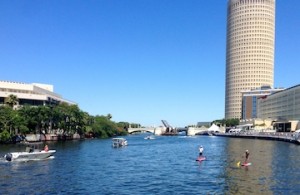 Boaters and standup paddlers enjoy a day on the Hillsborough River.

Next year, they might consider adding  storytellers as tour guides for Jane’s Walk. I attended this event  with a friend who spent her first five years growing up in Ybor City.  She’s a rare bird — a native Floridian, Tampa resident, and her family lived in Ybor City when it was still a Cigar town. I know many Tampa residents who could tell some amazing tales. But, today, it was enough just to find the parking garage. I’ll admit I’m not the best at navigation; my friend is much better than I am. Yet, we both made the same wrong turn when trying to get into the parking garage — just saying.