Getting lost in the Barbican, or creative strolling 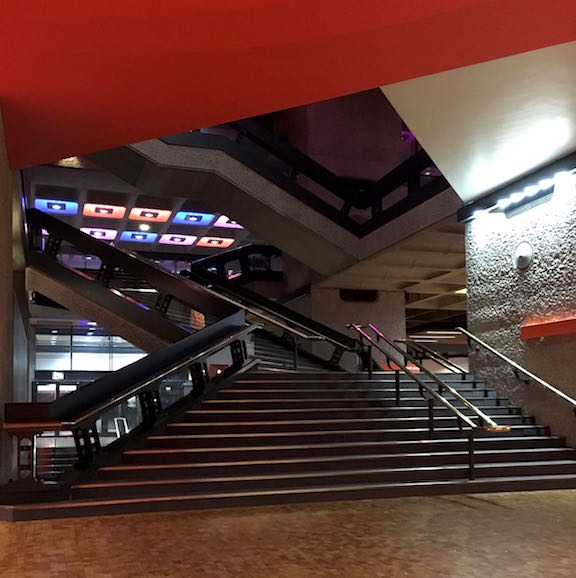 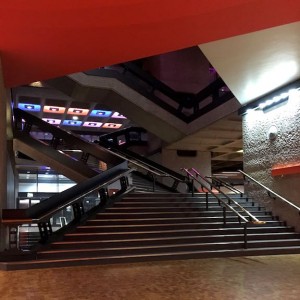 Photo by Katherine Pierson, Inside the Barbican sent to me via text message.

Recently my daughter was in London, so I asked her to go to an architectural landmark and take a selfie. I suggested the Gerkin.  As it happened she went to a play at the brutalist  Barbican.  She forgot to take the selfie, instead she called to complain that she was lost in the  huge building while searching for the theatre. She walked up one flight of stairs and down another and wandered around but still couldn’t find the the theatre. In fact, she missed the play she went there to see.

My research on architecture  taught me that one hallmark of iconic buildings  is that it reorganizes space.

Photo by Katherine Pierson, Inside the Barbican sent to me via text message.

Architects are sort of like traffic cops, directing where people walk by design. They create drama by planning narrow corridors that open into cavernous spaces. Just by virtue of connecting one area, say a lobby, with another, say a theatre, the walker’s path has been predetermined.   My daughter was annoyed by the confusing Barbican.   Jonathan C. Molloy would probably support the random organization of space because it  often fosters creativity.  He found that uncomfortable spaces such as sharp corners,  dead ends, and moveable walls sparked interaction.  I can’t help but picture a maze with rats running around and bumping into each other. Hello mate. Haven’t I seen you here before? Spontaneous conversations happen and before you know it, ideas are flying.

Meandering is what  I.M. Pei  had in mind when he built the Residences (1967) on the campus of New College in Sarasota, FL to encourage community among students. 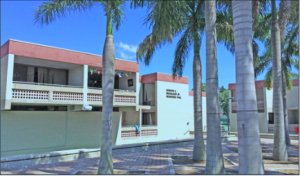 The concept is that of a Mediterranean village, with hidden courtyards and entryways that were intended to protect the student body from too many outside distractions. — Harold Bubil, Sarasota Herald-Tribune

It was brilliant. Think about it. The population in a college dorm rotates constantly. Residents come and go every 3 to 4 months. Getting lost is a common experience and it immediately generated sympathy and identification when an anxious first year was forced to ask directions from a seasoned senior.  Almost 50 years later, The daughter of a friend who attended New College in Sarasota, FL and lived in the Residences confirmed that it still works today (even though she could probably use a way finding app.)

She described her experience traveling labyrinth-like turns in  the hallways. My friend’s daughter said she met the student who became her closest college friend. By design, the students exchanged ideas, passions, and probably phone numbers. So, the design of the dorm was uncomfortable at first, a little like listening to someone else’s unfamiliar  ideas.

Update:  my daughter returned to the Barbican four more times to see four wonderful plays. With each visit, she navigated her way through the building confidently. Alas, she still rates the building a failure. She considers herself pretty good with directions, but ultimately the lack of signs in the Barbican almost triggered an anxiety attack.