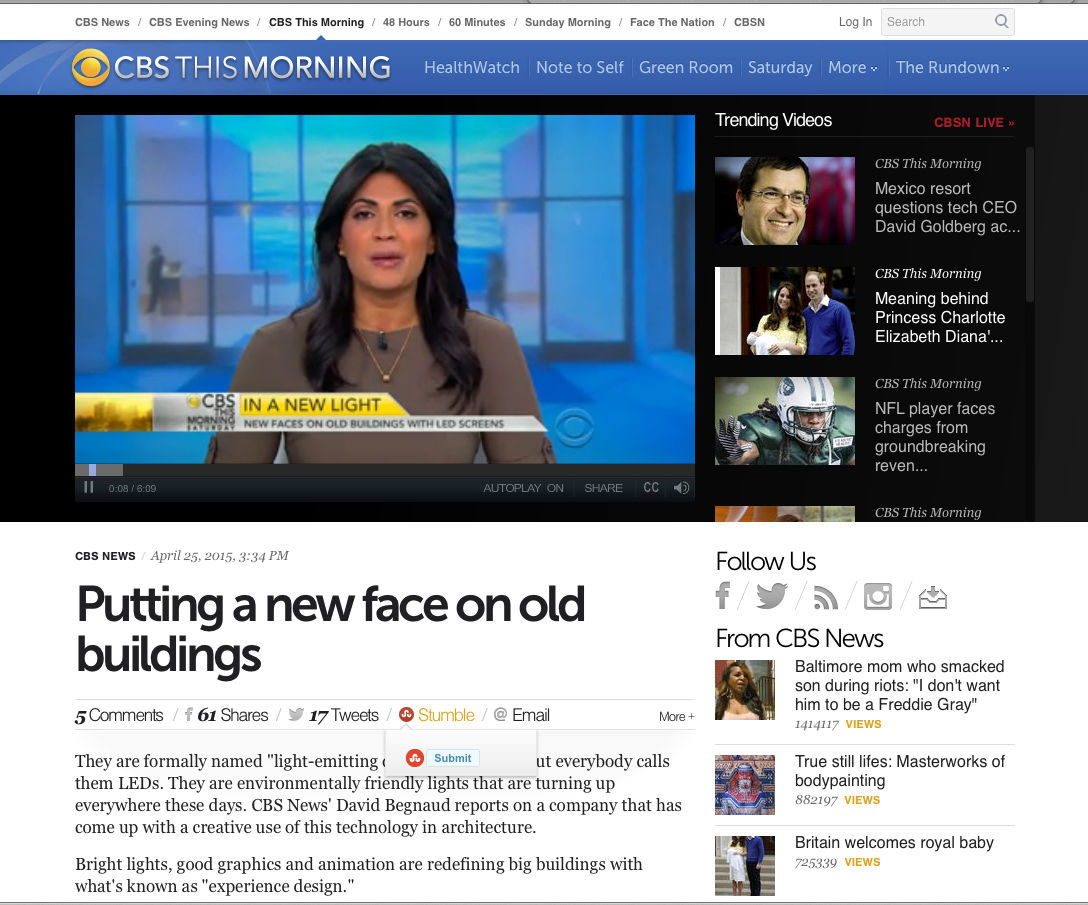 Projecting images onto buildings is becoming fairly common. Right now it seems gimmicky, but can it change how we visualize space? For instance, projecting images onto flat surfaces can make concrete walls into virtual  windows. Edwin Schlossberg  is doing just that by using LED lights to make walls into screens. Fifty years ago, Modernism shook up the city by blurring the lines between the outside and inside environment by making them transparent (i.e., glass walls). He’s taking that idea one step further.  As people enter the lobby of an office tower, they may encounter a super-sized map of the city streets surrounding the building. He’s adding another layer of experience. In another example, visitors don’t have to go outside to see the garden behind a museum (for instance). While standing in the lobby, they can also be virtually touring the garden simultaneously while a movie of the garden is playing all around them.  Is this going to catch on? Is this architecture as theatre? Does that change our perception of space?  Check out this CBS News clip  for a story on how LED lights are giving new depth to the flat walls of architecture.