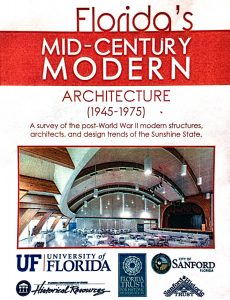 One of my favorite parts of the 1960s TV show The Jetsons was George Jetson’s chair and all the push button appliances in Jane’s kitchen. Of course, as a kid, I didn’t appreciate that George’s chair was based on Arne Jacobsen’s 1958 Egg chair design. The Atomic Age was bold — filled with pointy shapes, vivid colors, graphic fabrics, and bright light. All elements that appeal to kids, but the motif also worked in the sunny climates of Florida and California. These two states exploded with the energy of mid century – literally, Cape Canaveral is the home of the Apollo missions. Sixty years later, this great architectural history is in danger of disappearing because not enough people understand that the buildings represent big breakthroughs in technology. 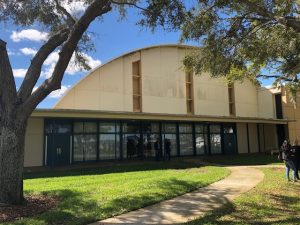 The Sanford Civic Center, built in 1958.

Last week, I hopped in my car and drove from Largo to Sanford, FL (near Orlando) to tour restored MCM homes. Marty Hylton, III, Director of the Historic Preservation Program, University of Florida and the project manager of the statewide Florida Master Survey of MCM buildings led the group. We gathered in the ordinary-looking Sanford Civic Center poised on beautiful Lake Monroe. It’s the poster child for why this building is endangered Modernism. The 62-year-old civic center recently caught the eye of the mayor who proposed revitalizing the site with Spanish style architecture. Advocates for the mayor’s plan see potential in expanding the waterfront to three-times its current size. The outside of the building resembles a Quonset hut. In the back, faded plywood covers the original plate glass window walls. Why fight to preserve it?

The outside belies the stunning inside. The hall is framed with arched tongue-and-groove supports and the white ceiling is stepped adding interest. The combination draws visitors’ eyes up and they can’t help but say, “Wow!” It would be a tragic loss if the city doesn’t preserve this architecture. But the Civic Center isn’t on the state’s list of buildings worthy of that designation. Hylton knows that convincing others to appreciate details such as the Ocala block on the half-wall, a stone that is no longer available, is a bigger challenge. For those who resist historic preservation, he says consider adaptive reuse. For instance, a Starbucks would fit in the Civic Center and it would have a great vibe. Historic buildings can be remodeled, as long as the alterations don’t permanently change it.

The rest of the tour included homes from the Jeno Palucci, Sanford’s celery entrepreneur (Chun King canned Chinese dinner fame), and homes of local artists. Here are a few shots from the tour. 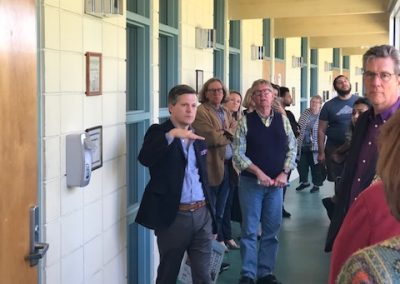 Inside corridor of Sanford Civic Center 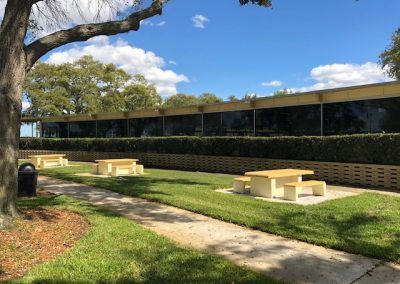 Exterior of The Sanford Civic Center

The Sanford Civic Center, built in 1958. 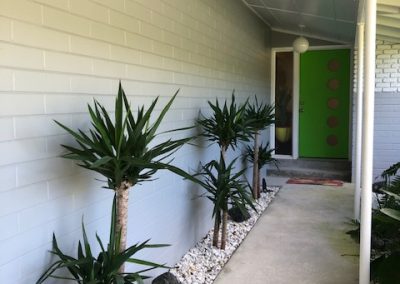 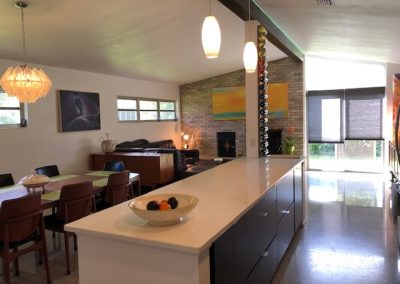 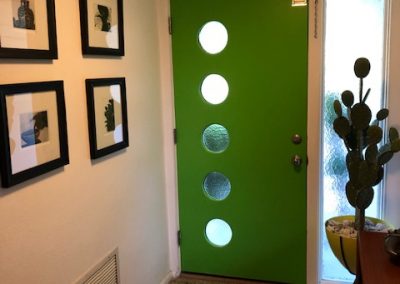 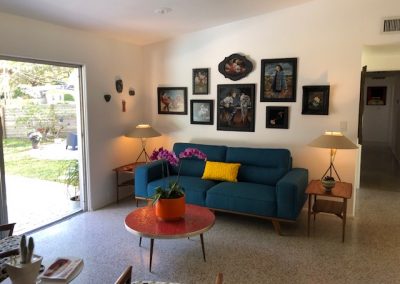 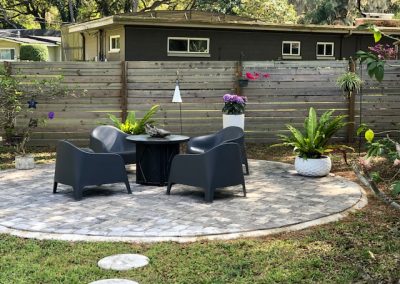 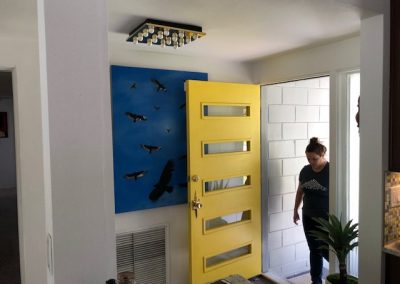 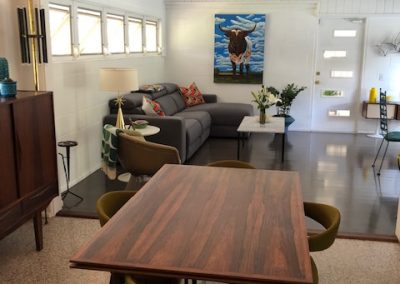 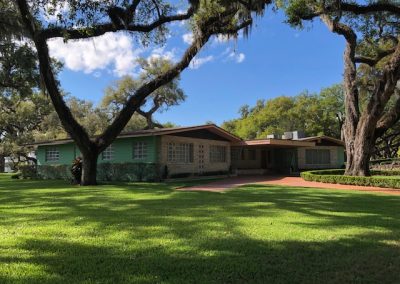 In the 1940s Sanford, Florida grew acres of celery. The abundance of the vegetable drew Jeno Palucci to central Florida to use celery scraps in his Chun King Chinese dinners. Jeno Palucci sold the Company in the 1960s for $63 million. He stayed in Sanford and was well known as a city booster.