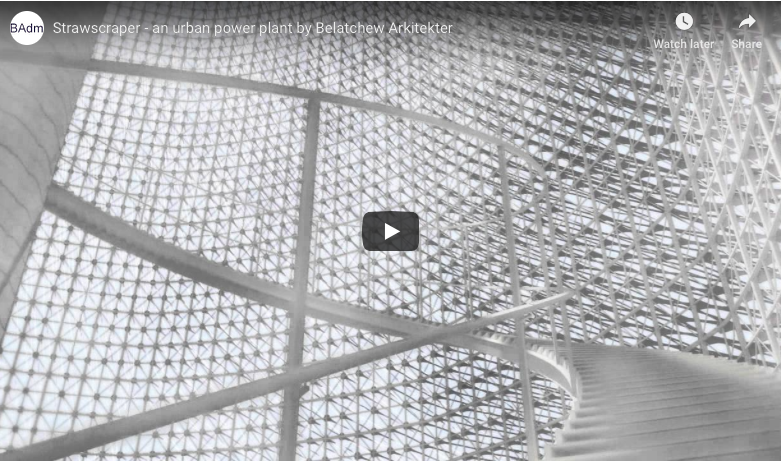 Update 2017: The Garden Bridge was never built and is considered a failed project.

And the plans for the Strawscaper (see Youtube below) appear to have landed on the drafting room floor.

As a new subscriber to Orion, Nature/Culture/Place I’m delighted to see the magazine arrive in the mail. It was a double delight when I flipped to pg. 51 in this month’s issue to see what looks  like a giant furry boot. Furry boots amuse me, but that’s beside the point. The “fur” is piezoelectric fibers that swish with the wind and the movement generates electricity. New concept buildings have been featured in the last of a 12-issue series titled “Reimagining Infrastructure” The Future of Infrastructure: Toward a new philosophy of the built environment. The writer, H. Emerson Blake, knows what you’re thinking:  Infrastructure? Isn’t that for city planners? I’m not wooed by plumbing and potholest either. Now, if you combine infrastructure with nature, you have my attention.

The July/August issue of Orion features some experimental ideas such as the Garden Bridge in London,

the Windnest in Pittsburgh, the Green Loop, in New York City, and the Urban Skyfarm in Seoul. https://youtu.be/apbxa_Z9ijM

It does this blogger’s heart good to see how green architecture is leading the way toward reinventing urban life. Take a look at concept buildings like the Strawscraper . Can it be real? I hope so.