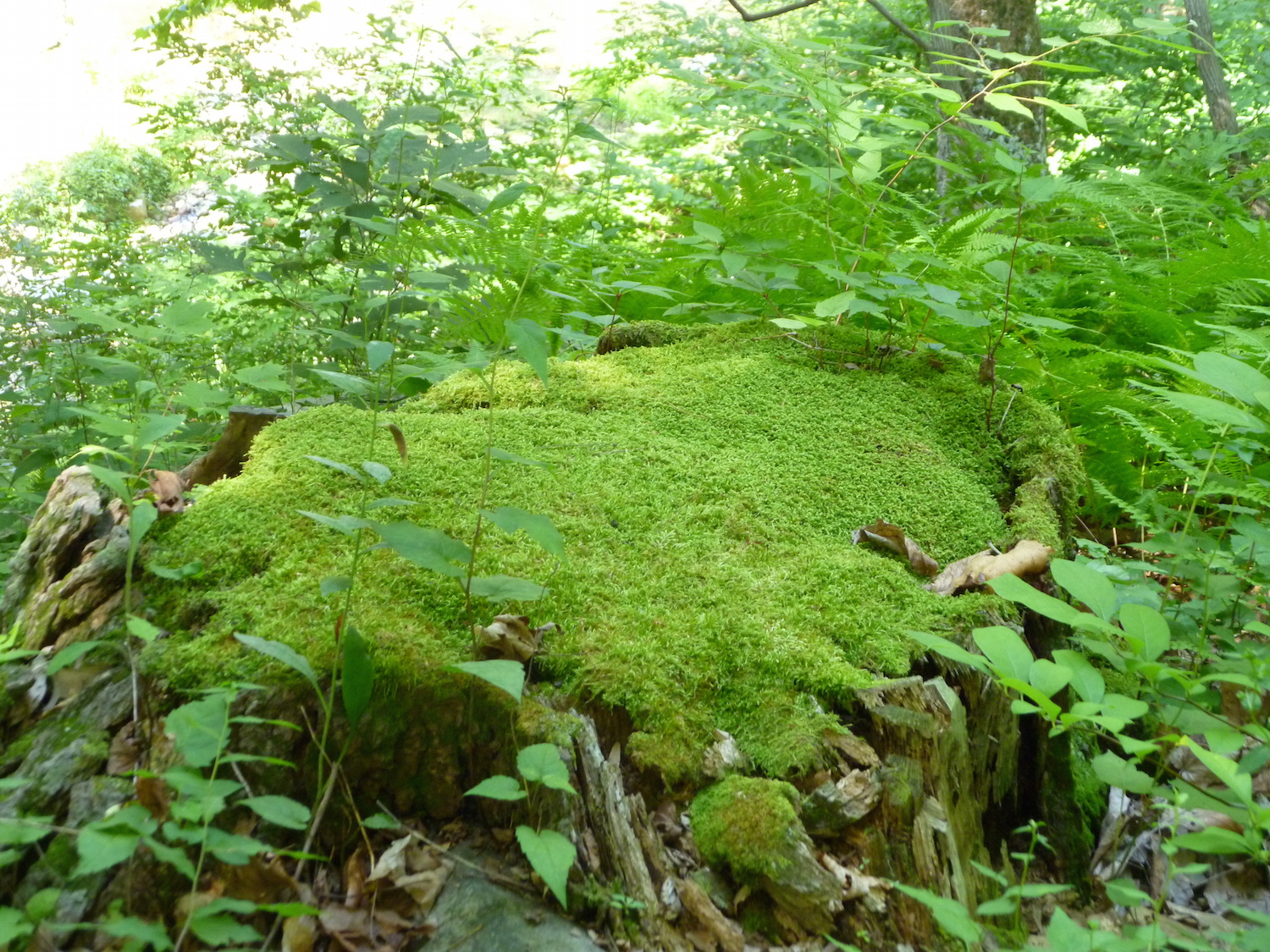 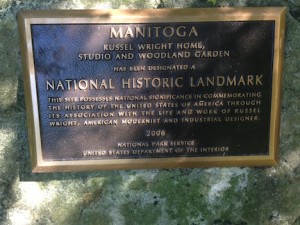 Scientists say the sense of smell has the strongest power to bring back memories. That was true for me from the minute I stepped off the plane in Albany, New York. The air in the airport carried the scent of a familiar place. I can’t describe the aroma except to say I detected the trace of grassy hills nearby. That’s the kind of magic landscape can work on a person. Industrial designer Russel Wright surely felt that pull when he built Manitoga on 75 acres in nearby Garrison, NY. 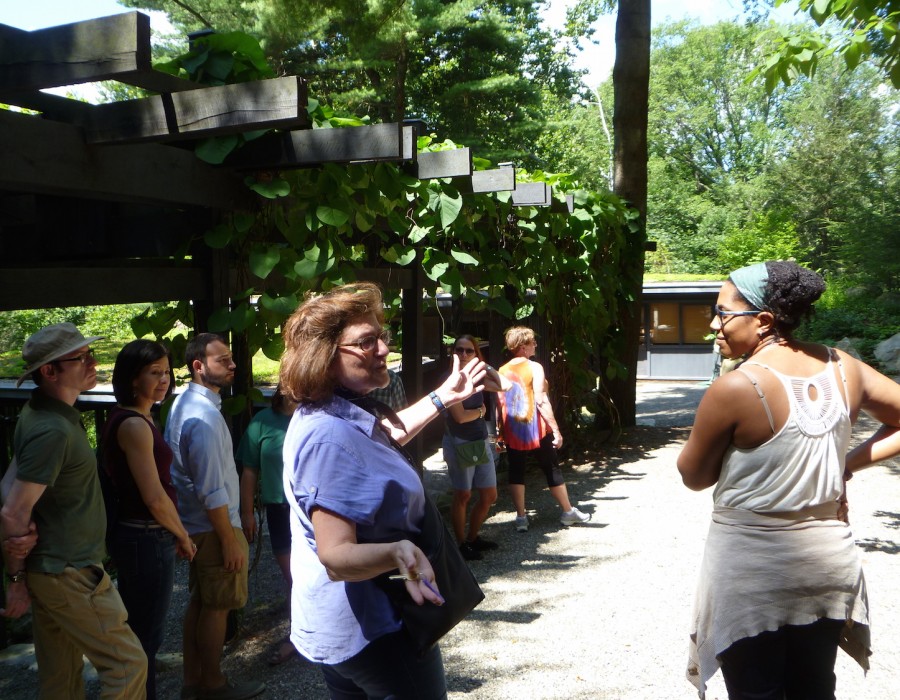 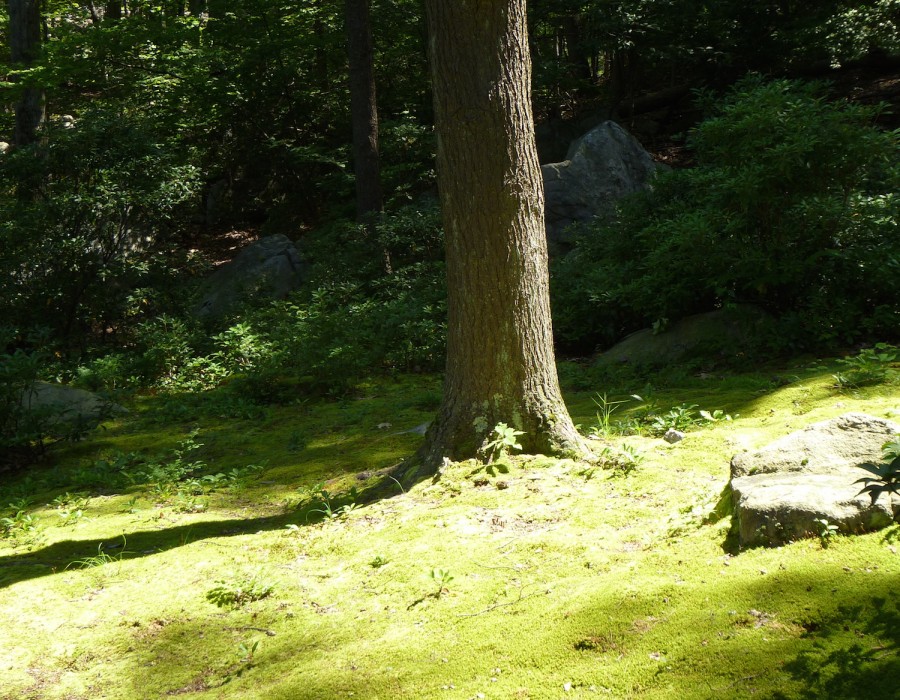 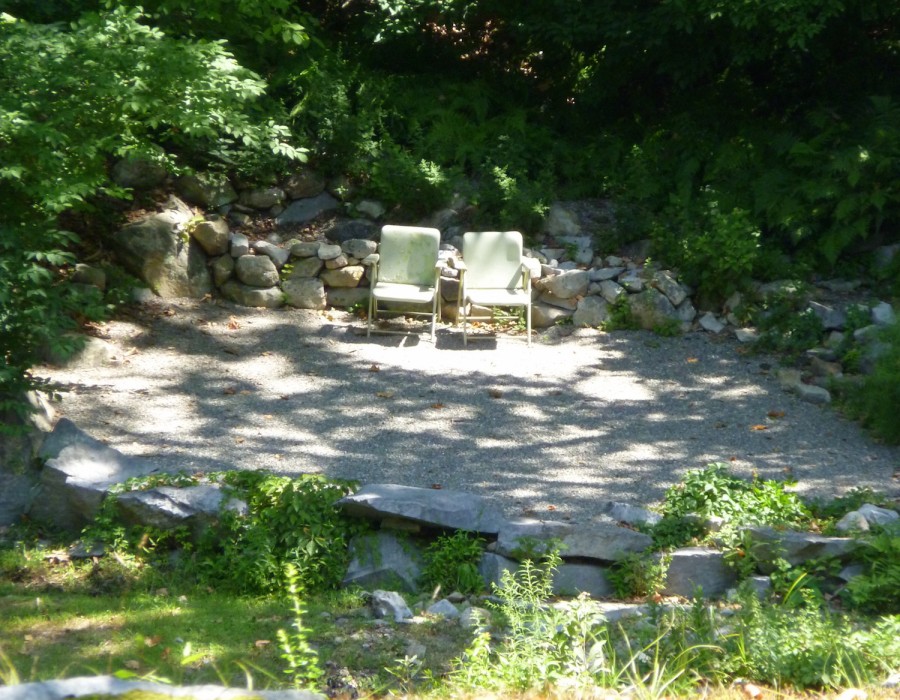 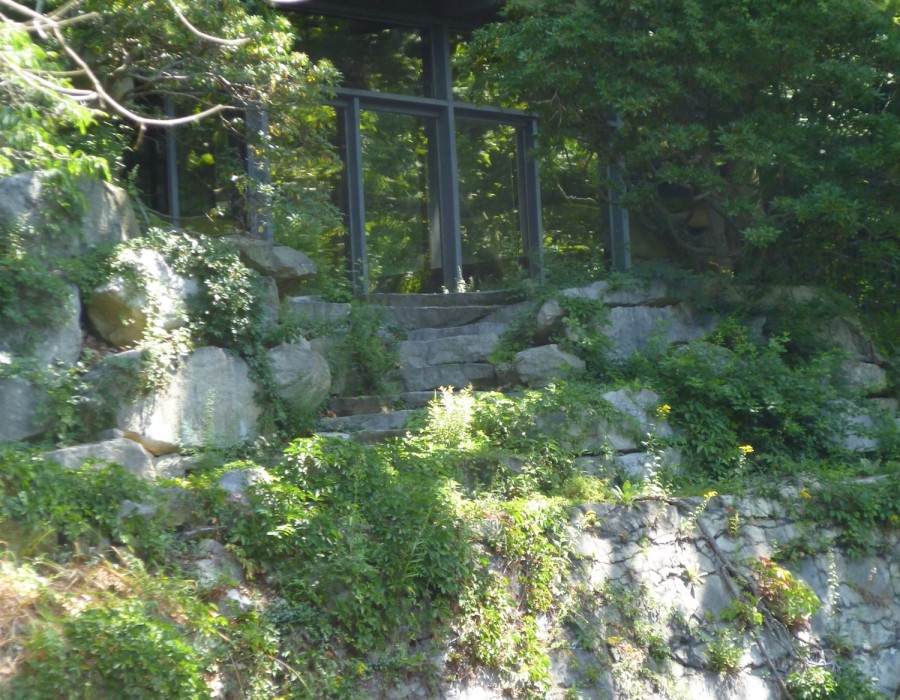 Settlers had originally deemed the steep hillside unsuitable for farming so they harvested the trees for firewood and mined the abundant granite on the property. Thus, industrial hooks and cables were left as artifacts from the mining days. Wright took advantage of the leftovers by positioning granite boulders as sculptures in the garden and leaving the hooks where they had been abandoned. 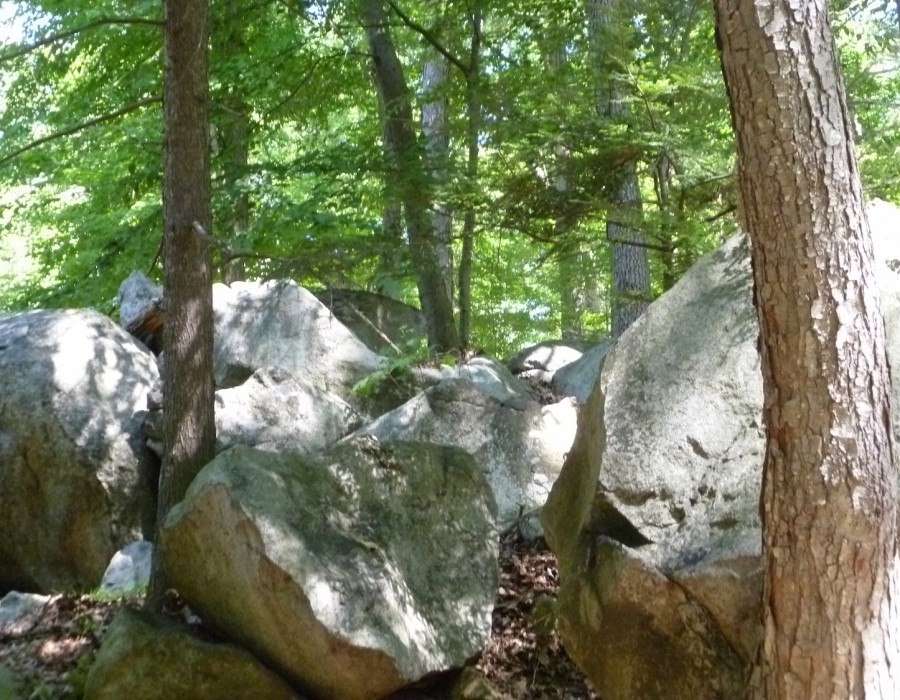 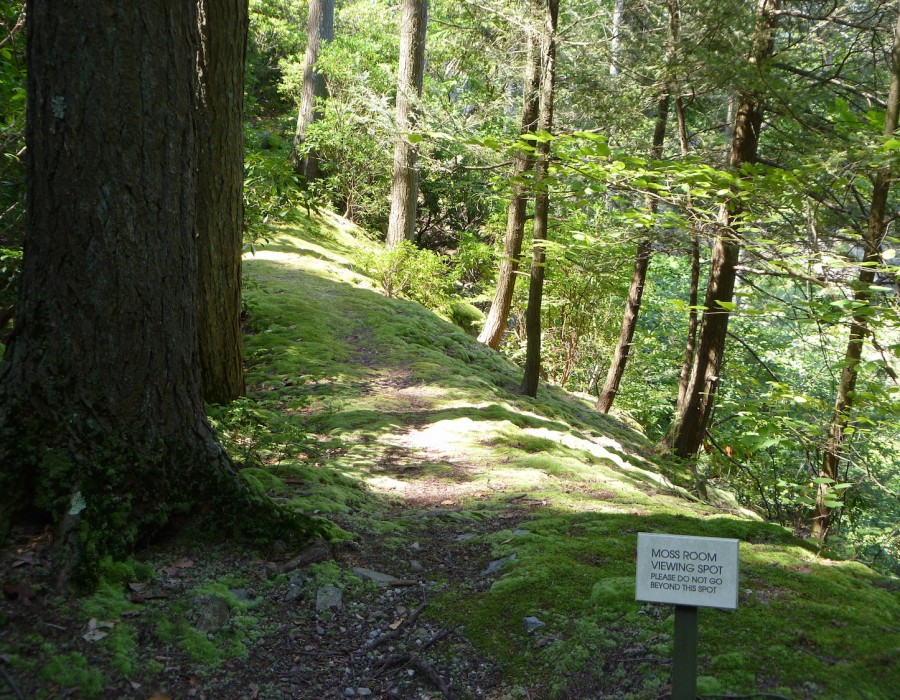 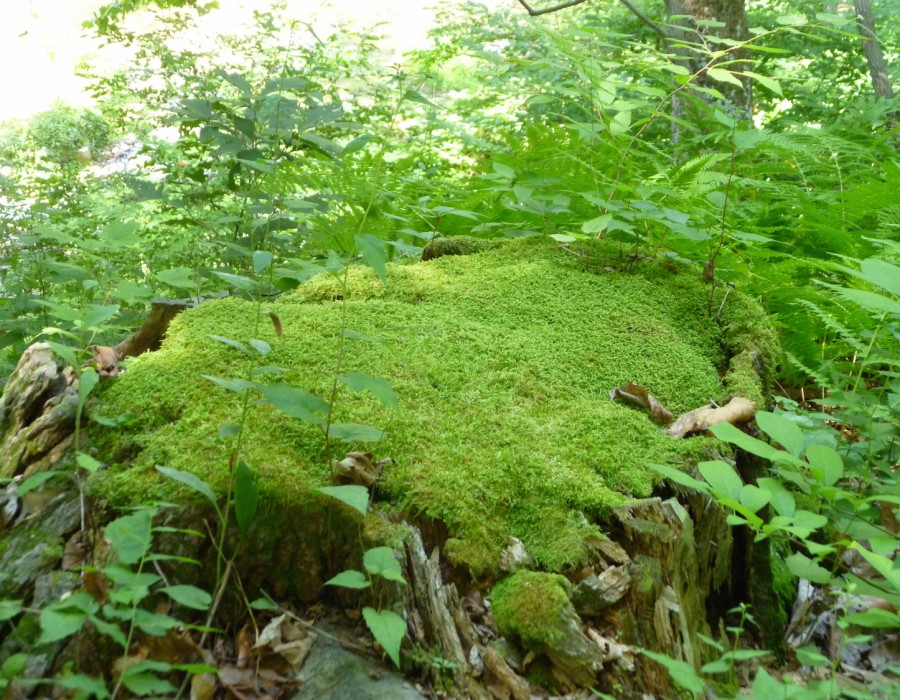 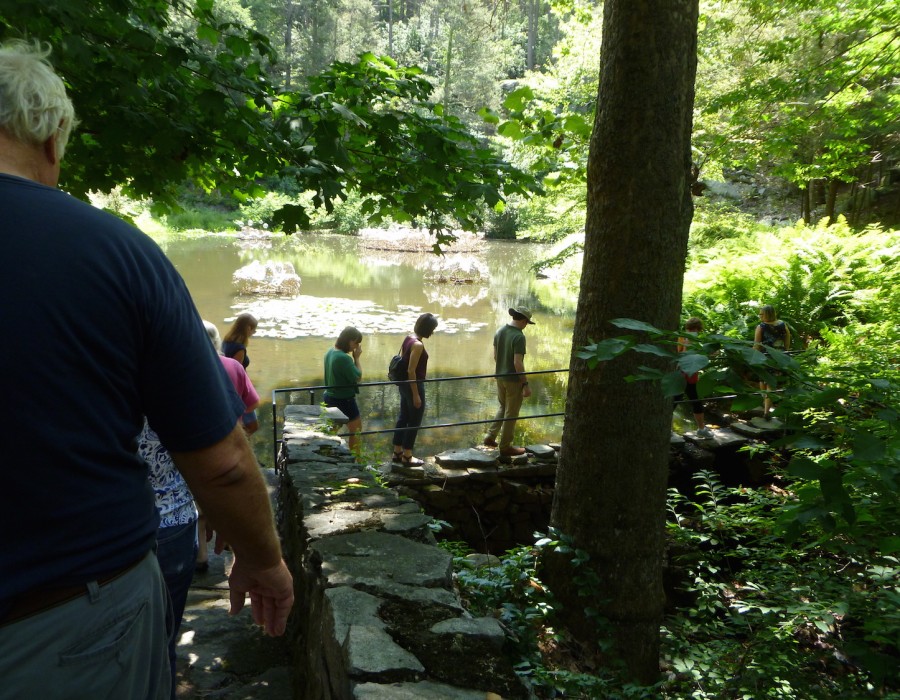 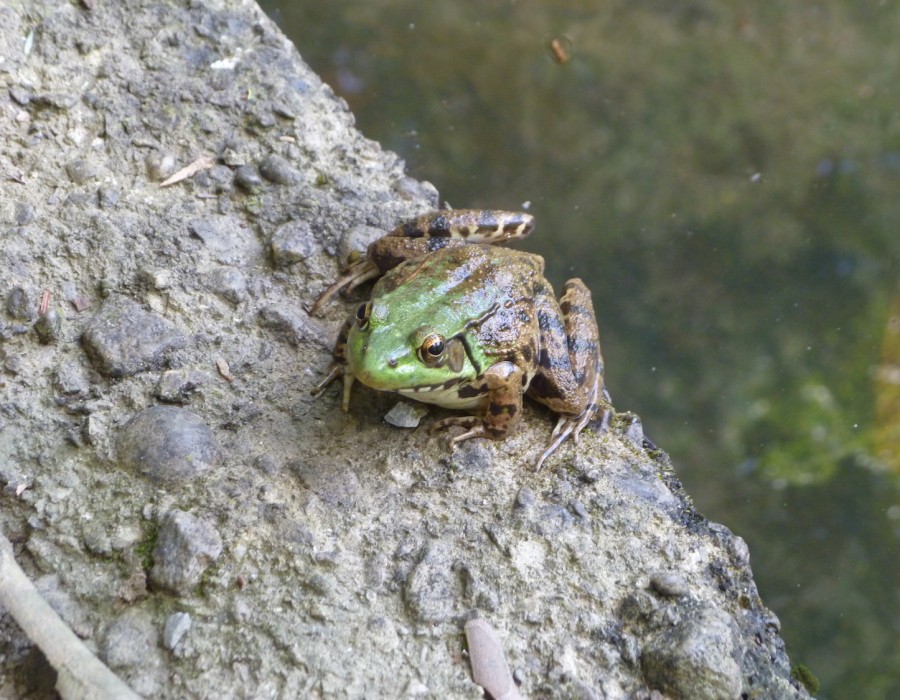 Docents, like my friend Debbie Klein, try to correct the common misconception that Wright built his house without altering the landscape. That isn’t the case. He designed the site to flow into garden rooms. He followed the contours of the land as a palette and he enhanced what he liked. He added a lake, and he noted what type of native plants clung to the hillsides. He watched as dogs, deer, and rabbits tunneled through the grass making trails. He followed the wisdom of the animals when deciding where to locate the paths leading to his garden rooms. 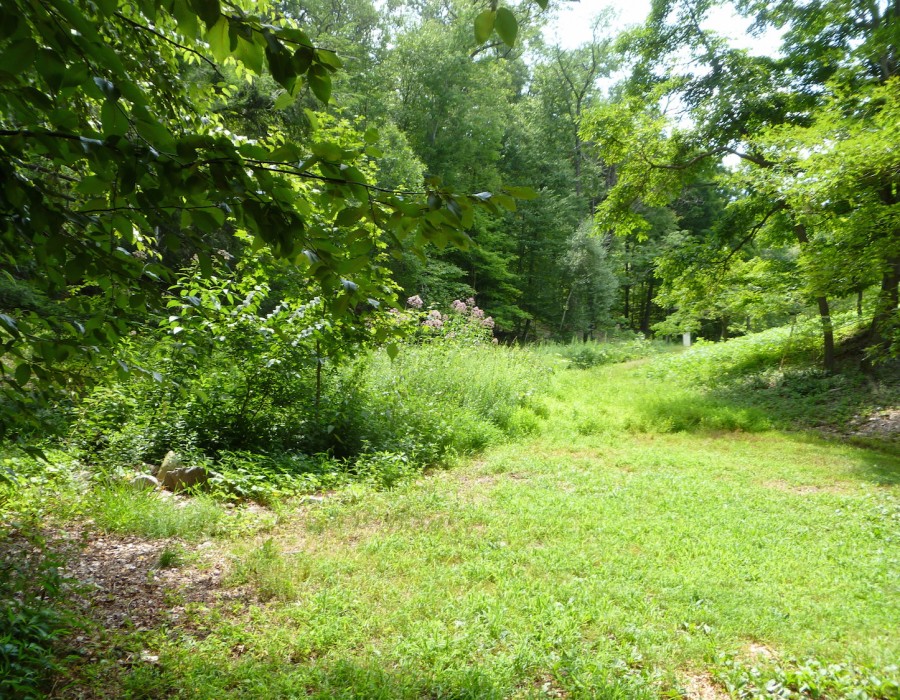 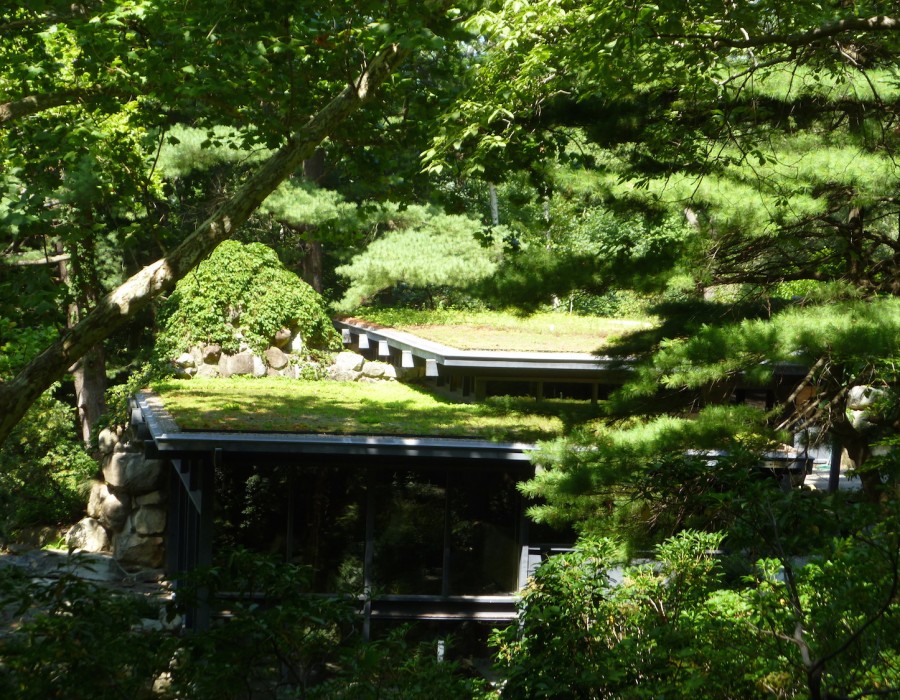 Professionally, Deb is a curator of visual resources for Bard College; in her free time, she’s been a docent and/or volunteered for several historic houses around Hudson including Manitoga. She loves Russel Wright’s Manitoga and is helping to preserve this early example of a Modernist’s love affair with the land. Recently, Manitoga has been rediscovered as an under appreciated gem, as is evident in this Dwell article published August 2015.