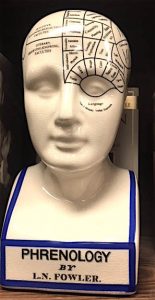 Fowler invented the pseudoscience of phrenology. It was later discredited as scientific racism.

The winding staircase pictured above suggests it leads to the heavens, but it wasn’t designed to reach the stars; actually, it is a stairway to Utopia. These spiraling treads were conceived by one of the most influential architectural minds of the mid-nineteenth century yet he wasn’t an architect. Orson Squire Fowler, along with his sister,owned a publishing company that distributed his medical research and house designs. Fowler believed Americans were living in unhealthy houses. He dreamed of a DYI carpentry brigade of homebuilders populating the countryside with octagon houses. He was the celebrity progressive reformer of a different mid-century, the populist era of 1825 – 1849, the age of Manifest Destiny, his vision was all about reaching Utopia by improving health and homes. People were living longer so diseases of old age were becoming more prevalent. Fowler offered a twofold prescription: first understand your own mind through the science of phrenology, and second, to breathe easier, live in an octagonal shaped house. One look at the suburbs proves that circular housing didn’t catch on, but Fowler did have a lasting influence on homebuilding.  A persuasive speaker, he was a sort of a self-help TV guru preaching the benefits of organic eating and positive energy flow. Privileged people poured their faith in science hoping to discover cures for common ailments.  Even though cutting fat, sugar, and alcohol from their diets is an obvious answer now, nutritional science was new and nobody wanted to blame their health troubles on their favorite foods. So Fowler’s audience was eager to consider misalignments or imbalances within their bodies. In 1835, he was a celebrity physician of phrenology.  Phrenologists measured peoples’ head sizes and the contours of the bumps on their scalps; the size of the bumps determined their innate abilities and dispositions. His followers clamored to hear more. As a reformer, he applied the principles of phrenology to other lifestyle choices too. He intensively studied architecture and concluded that houses should be round, specifically an octagon, because it was as close to the perfect natural shape as was practical to build. He pointed to eggs, fruit, and seeds as examples. The round shape, he argued, encouraged efficient airflow, and breathing fresh air was the path to health – a logical connection in the age of industrialization. A group of vegetarians who took healthy living to the next level pledged to eat only specially grown wheat and planned to build a Utopian community in Kansas called Octagon City. The city never grew beyond a few settlers and even those true believers packed up and left within a few months. But it wasn’t because of the house. It was because they couldn’t convince enough recruits to buy into the extreme lifestyle. 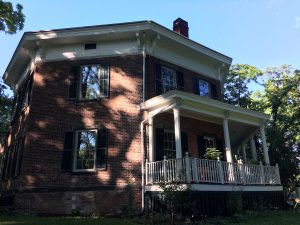 Fowler was among the first to claim that the right shape of a dwelling would improve health. I toured the house pictured here in Catskill, NY, which is on the National Register of Historic Places. It’s one example of many that were built across the country and still remain standing. 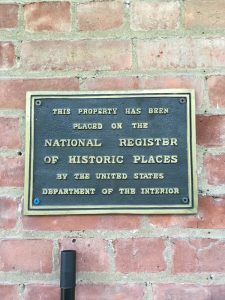 The phrenologist envisioned people building their own houses by following simple instructions. Thus, in 1848, he published a DYI option for the common man:  The Octagon House: A Home For All, or A New, Cheap, Convenient, and Superior Mode of Building.  The new cheap material was an early form of concrete. Over 1,000 residences were built across the country using his plans. Eventually phrenology was discredited as scientific racism. But, Fowler’s research helped advance neurology by confirming that specific regions in the brain control body functions. Charlotte, his sister, who ran the family publishing company, became a founding member of the New York Medical College for Women. As a progressive, Fowler gave Utopian architecture a boost, and he was an early feminist. For instance, he thought corsets constricted blood flow and were unhealthy. He was a Utopian Modernist before visionary architecture was invented. 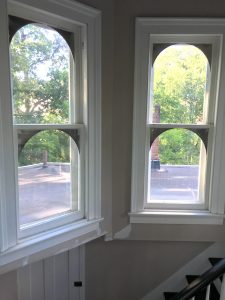 Le Corbusier, who came along 70 years later, believed the beauty of a building was in the shape. Octagons create good thermodynamics, and Fowler’s house plans called for tall windows allowing natural light to flood into otherwise dark spaces, a very modern design concept. The Catskill house includes a cupola on the roof and a balcony on the top floor. But, one big drawback of the house is that placing furniture in the rooms creates design challenges. Today, if the common man or woman is inclined to build an octagon house, they still can. Fowler’s book is available on Amazon. Check it out: The Octagon House: A Home For All, or A New, Cheap, Convenient, and Superior Mode of Building, printed in the year 1848.     SaveSave SaveSave SaveSave SaveSave