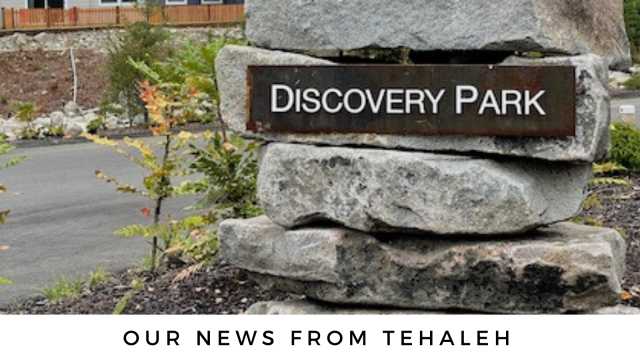 Our adventure began on June 23 as we helped Katie move from Tallahassee to Chicago where she works for the Searle Center. She has been working remotely for the past year, and now the team is meeting in person.

After a day of travel and moving in, we took a break and went on an architectural boat tour in Chicago. I was looking forward to this but the weather forecast called for 100 percent chance of rain. Miraculously, it cleared up for about two hours – long enough to do the tour.

On the road again

The next day we took a left turn on I-90 heading west. We stayed in parched Chamberlin, SD, where talk at the Smoking Mule Barbeque on Rodeo Road was about the historically low water level due to severe drought. The ranchers are praying for rain because there won’t be enough feed for the cattle come winter.

Chamberlain, SD didn’t offer many options for hotels, so we took our chances with a local place because rooms in Missoula, MO, ran up to $500 per room, per night! The Chamberlin room was, um… sufficient.? Frances enjoyed chasing a fly all night.

Anyway, we decided to visit the Akta Lakota Museum & Cultural Center and the St. Joseph’s Indian School, the only cultural offering in the town except the rodeo.  The museum is dedicated to honoring the Lakota (Sioux) culture. However, there’s a noticeable bent toward American patriotism in some of the traditional beadwork on display. Most of the items date from around 1927 when the school opened. There’s a little bit of selective memory here. To be fair, there are authentic artifacts and documentation of the many broken promises by the U.S. Gov. included as part of the history. Yet, one gets the feeling that the history isn’t told from the Lakota perspective. This is the site of the battles (1860 – 1890) between the U.S. Gov. and the Lakota that ended with the Massacre at Wounded Knee.

After leaving Chamberlin, we headed west across miles of grassland. This sculpture showing the Indians chasing the settlers back east outside Belvidere, SD is the only thing besides cattle on the landscape. The two pieces are separated by about half a mile. So the Lakota on horseback come as a surprise. Otherwise, it’s wide-open grasslands for hundreds of miles.

We live in a townhouse like the ones in the background. We have a corner unit and we get lots of light!

Discovery Park promotes the idea that humans can live sustainably in the environment. The park is filled with native plants built around a stormwater retention pond. The furniture doubles as Information stations blended into the landscape. The elementary school abuts the park; some other features include two amphitheaters, bat and birdhouses, a community garden, and lots of wooded trails. I’ve included a few pictures. But we’ve been so busy I haven’t had a chance to explore beyond the park yet.

This bench has a dual purpose, seating in front and an installation explaining the water cycle on the back. The concrete pathways feature paw prints for kids to guess what other creatures besides humans walk around the park. The dead trees in the background are purposefully planted for woodpeckers.

Speaking of heat, we attended our first homeowners’ association meeting where we learned we’re living in a Wildland-Urban Interface (WUI) wildfire risk area. Last year, the Sumner Grade Fire changed everything for Bonney Lake. They have never experienced anything like that fire before. Two homes went up in flames. Residents are now very alert to the threat of fire. Wait. Should I talk about the awesome fireworks display we enjoyed on the 4th, and how it seems unwise to have it during drought conditions? But banning fireworks is like banning guns around here. It turns out people in Bonney Lake aren’t fans of us new arrivals in Tehaleh. Graffiti on on a billboard welcoming people to Tehaleh has been painted over with the message “We miss the cows!” There’s more I can say about that, but I will save it for the next update.

I’ve appreciated all your well wishes and your requests to keep you posted on our big adventure. So, I decided to do this via the tiny newsletter that will come into your email. If you want to get more posts from me/us about our life in the PNW, subscribe with the link. Of course, I’ll keep posting on Facebook, but not all of my friends and family are on Facebook. This seemed like the best way to add pictures and reach everyone who asked me to keep them updated. Until next time…

Smithsonian to be Modernized

The Bjarke Ingels Group (BIG), known for futuristic designs, has been selected to reimagine the Smithsonian entrance...