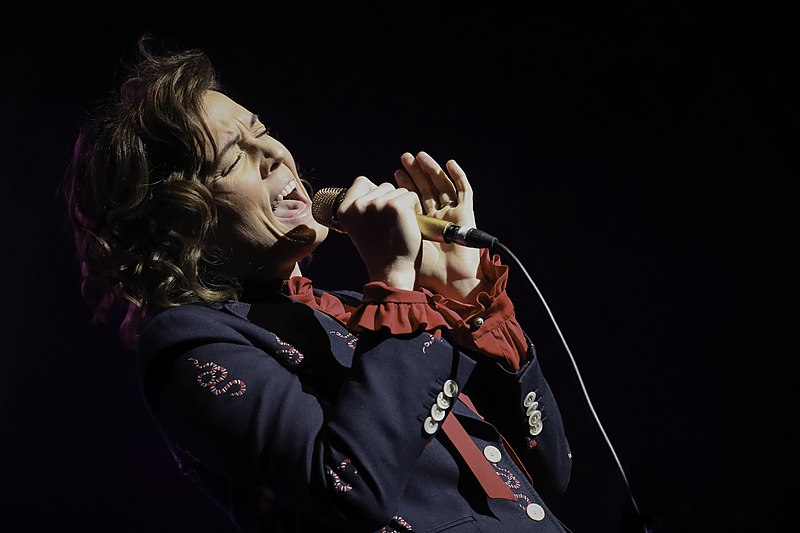 Photo by: Andy Witchger, CC BY 2.0, via Wikimedia Commons

On our usual commute to our daughter’s house, we pass a street sign marked Ravensdale. Dave casually mentioned that it’s Brandi Carlile’s hometown. If you watched the recent documentary on Showtime Sheryl, you probably learned that Sheryl Crow and Carlile are close friends. They have the small-town-girl-makes-it-big story in common. Even today, Ravensdale is nothing more than a shuttered gas station and weathered clapboard general store marking the intersection of two country roads. There doesn’t seem to be anything that might propel a country girl singer to fame and fortune. She doubly defied the odds since Seattle, about 45 minutes north, was inventing grunge rock in the 1980s. Carlile didn’t join the grunge rock scene; she appealed more to country music fans. 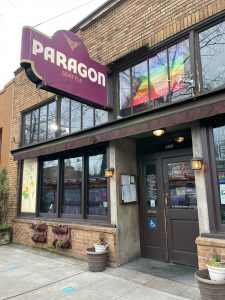 Carlile first started performing at The Paragon in the Queen Anne neighborhood in Seattle.

But, the name Ravensdale has nothing to do with music except for its most famous daughter. Instead it echos the 19 th Century coal mining history of this area. It was first named Leary after a coal company, but the residents renamed themselves Ravensdale after the flocks of ravens that swooped in to peck at the grain spilling from railroad boxcars. The people of Ravensdale obviously had a sense of humor, still I wonder, could the renaming also reflect the way the coal miners felt about the company? The poor left to glean the grain spillage? 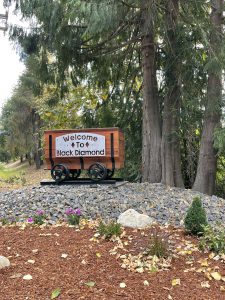 This is the new marker for the development of Black Diamond, the fastest growing community in King County, a suburb of Seattle.

Another nearby coal mining town roaring back to life, Black Dimond, was recently named the fastest growing small town in King County Washington. We drive over a section of Route 169 where road construction is making way for a new entrance into the development. The namesake is from the 1880s California Coal Company. Dave and I looked at a condo here in 2021, but they were sold out and new construction wouldn’t be ready for a year. It would have been ideal since it’s only about 10 minutes from our daughter’s house in Maple Valley.

Driving east on 410, Buckley is the first town that we encounter. Based on roadside evidence, I thought the name was related to the annual Log Show. But, it memorializes J.M. Buckley, a district superintendent of the Northern Pacific Railway. The names of these towns reveal the reciprocal relationship of the railroad and coal mining.

But the town of Enumclaw­ has the best name as far as I’m concerned because it has indigenous origins —named for Enumclaw Mountain—meaning thundering noise. The name invokes the mythological Enumclaw and his brother Kapoonis, the two became the twin forces of thunder and lightning. Oddly, thunder is rarely heard in these parts. Enumclaw retains its native etymological roots, as do many other towns in King County, as is Seattle named after Chief Seattle. Enumclaw is only about 45 minutes from the city, an easy commute. Seattle city property prices and fear of crime are fueling the sprawl into these little towns. Enumclaw has a reputation for being artsy and community friendly, making it a favorite new bedroom community for millennials. When we were looking for a place we could afford, agents pointed us to Pierce County because it is further out and real estate is/was still affordable. A little research revealed that the new suburb where we bought is located on land the Weyerhaeuser Company timber/paper/real estate holding sold off in the 1990s.Before Weyerhaeuser bought the land, the Muckleshoot tribe originally populated this plateau. I take some solace knowing that most of the old growth timber was long gone before I arrived, and this development is a planned community that must remain one-third green belt. But, the dull and distant sound of the huge construction trucks rumbling nearby is unsettling because timber harvesting for new development can’t be a good thing for the planet.