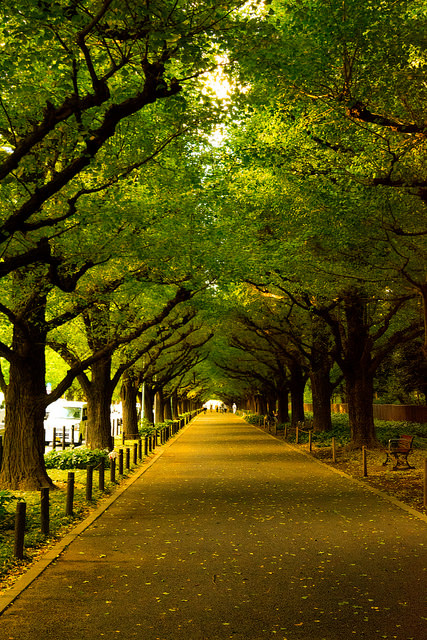 Update: The Zaha Hadid plans for the Tokyo 2020 Olympic Stadium were scrapped in 2015.

The Olympics give architecture a showcase. Like World’s Fairs of the past, technological innovations usually generate the Wow! people are seeking. No doubt that’s why  The Japan Sports Council  commissioned Zaha Hadid’s  to build a new sports complex for the 2020 Olympics.  Hadid’s new stadium design includes a massive retractable roof. Her concept stadium replaces the existing one built by beloved Emperor Meiji, a sports fan.  Also at risk is the garden surrounding the old stadium.

A citizen’s group, The Custodians of the National Stadium,  gathered 13,000 signatures on a petition to save Meiji Jingu Gaen (the outer garden of the Meiji Shrine).

Fumihiko Maki, a stalwart of Japanese architecture, has called architect Zaha Hadid’s 2020 Olympic Stadium ridiculous because of the retractable roof. Further, he sees the project as bureaucratic arrogance.

So how does one measure the value of  beloved civic spaces against the Wow of innovation? Can the two co-exist?