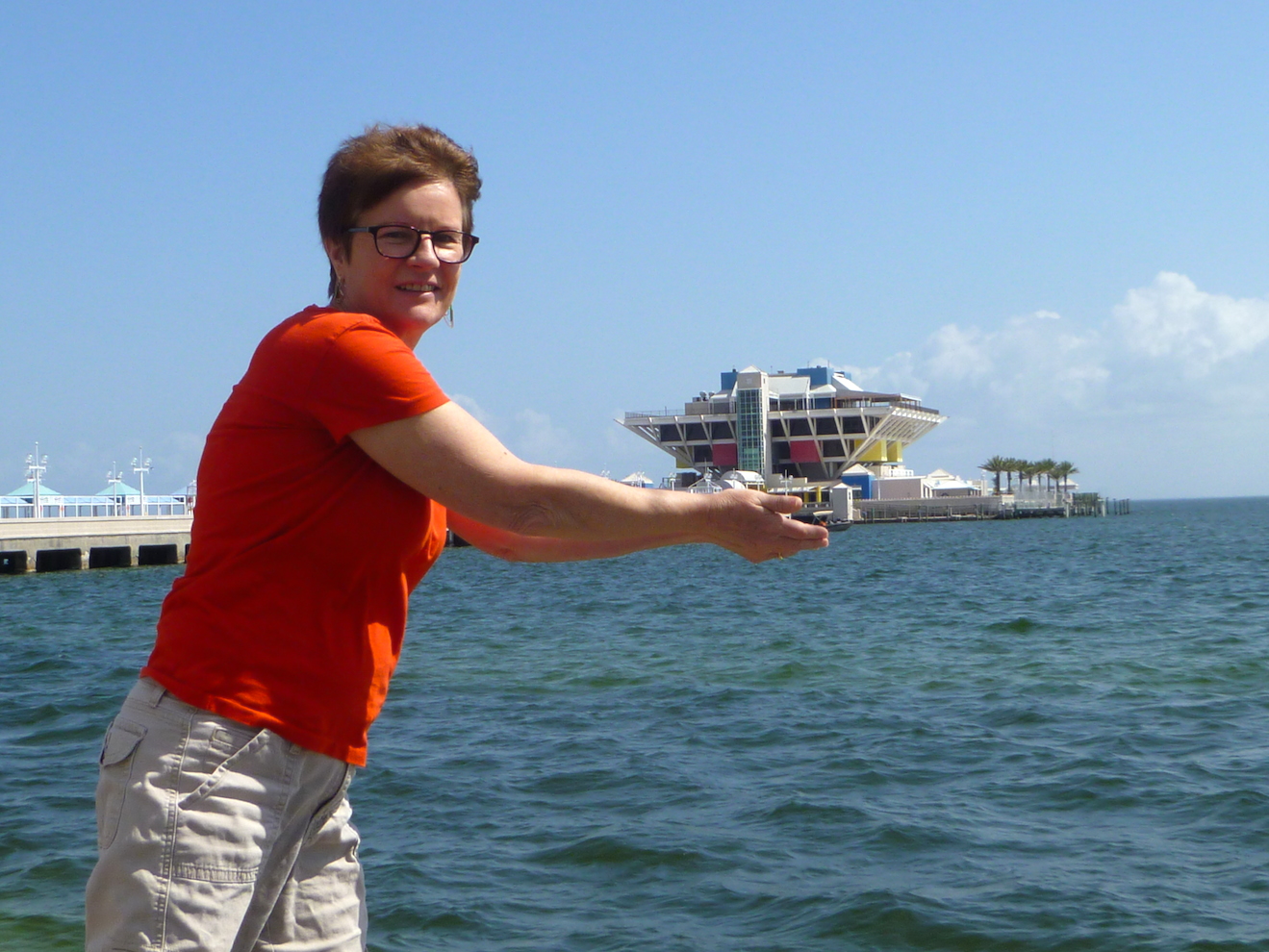 For the third time in 89 years, St. Petersburg, FL will choose a new city icon. Next month, a selection committee representing the diverse interests of voters will settle on a  design. The  new pier design  has been under scrutiny and has polarized opinions among residents for almost 5 years. Actually, it is mostly just the  downtown residents. Interest in the icon fades as one gets further away from the city center. I live just inside the  St. Pete city limits so why should I care?  Besides the fact that the image will represent the city  for the  next 70 years, St.  Pete, like many other cities all over the world, is asking what style of architecture is branding the city? Public spaces such as piers and parks are fair game for branding. The choices represent a telling cultural  barometer.

St. Pete residents aborted The Lens, a Michael Maltzan (MMA) design, on August 27, 2013.  So, what iconic style won this time?  The choices were narrowed down to seven, three firms are Florida based, one is based in St. Petersburg. The results of the city poll tallied on March 9, 2015,  put the hometown team way out in front of all others.  Still, St. Pete Design Group’s Destination St. Pete Pier lost my vote to  Pier Park, a New York based firm.

Rogers Partners won my heart because they stuck to the city’s core planning value. They expanded Perry Snell’s and William Straub’s original vision to preserve the waterfront as  a public park.

In the 1970s, architect William B. Harvard, Sr. was asked to recreate the pier, which at the time was basically a  1920s dancehall.

As a Bauhaus Modernist, Harvard gravitated toward the new. With a glint in his eye, he decided to turn the old dancehall on its head and making it into an Inverted Pyramid. Unfortunately, citizens never got the joke – but that’s another story.

Harvard’s use of a pyramid wasn’t all fun and games. The shape is one of the most iconic structures found in the built environment. It was ingenious. By turning it on its head, he achieved playfulness and avoided blocking the view of the horizon. Several of the newly submitted designs reused the pyramid. So, it was not the shape of the building that cost my vote. It was the lack of clear programming. The program in the building has to be strong enough to draw a crowd everyday.

Finally, the decision came down either a destination or an experience. My comparison of all the designs left me with one clear choice,  Pier Park. First, Rogers Partners Architects+Urban Designers, ASD, Ken Smith planned for the inevitable hurricane, thus they included floating docks, not fixed docks. Second, downtown St. Petersburg needs a waterpark more than a new restaurant on the water. Municipal subsidies have to be used to maintain the infrastructure of a restaurant, making this option expensive. Also, Pier Park includes a pier head destination for those who want a city overlook.

The park experience is iconic to St. Petersburg. That’s what makes us different from other cities.Here are some of the features that convinced me to vote for this design:

The biggest doubt I have with Pier Park is the large sloping lawn in front of the pier head. The lawn might be artificial turf. That sounds about as inviting as sitting on recycled tire crumbs, but some artificial turf looks realistic and it is soft on the skin. Natural grass will be almost impossible to keep green.

For me, Rogers Partners’ urban park design expands Perry Snell’s and William Straub’s vision for the St. Petersburg waterfront as a public park. The truth is, a landmark building sitting on the horizon is what the name suggests, a destination. With all things being equal, I had to cast my vote to expand the park.