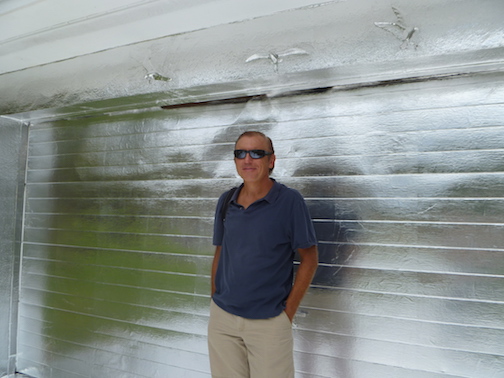 Janowski de-foiled the house on July 13. 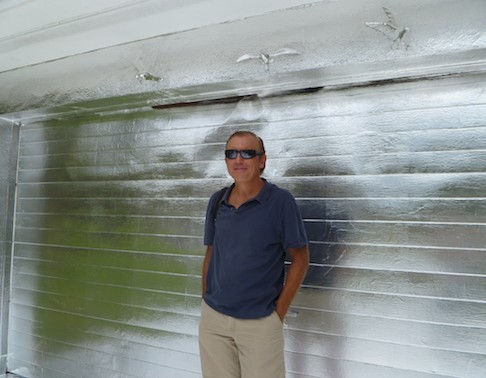 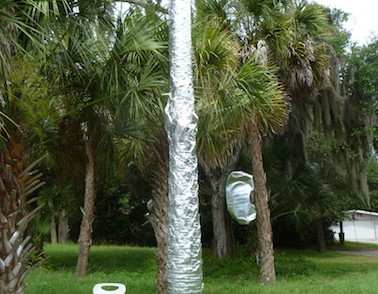 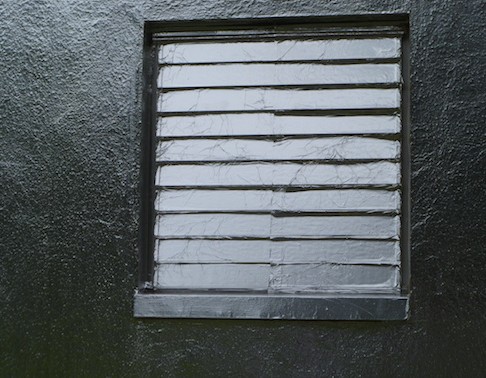 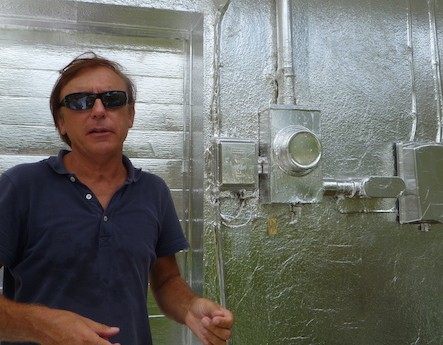 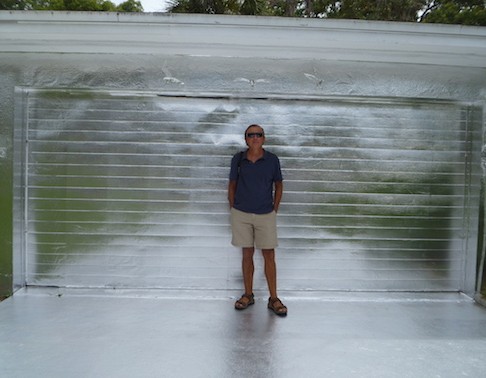 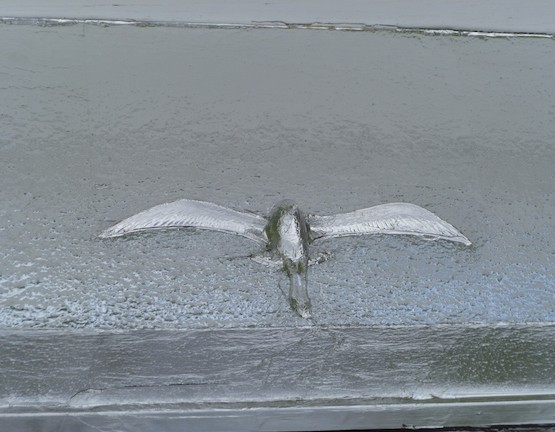 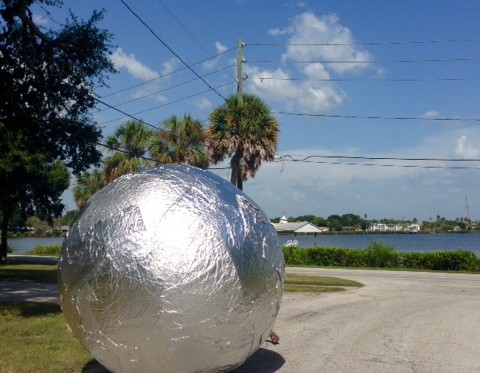 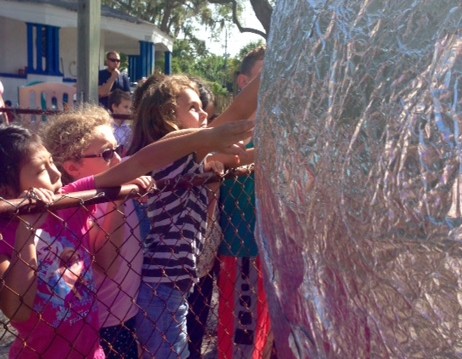 My first impression upon seeing artist Piotr Janowski ‘s aluminum foil house?  I wonder if Mark Kelly can see it from space?

In May, Tampa Bay  media reported  that a Tarpon Springs, FL resident had wrapped his house in aluminum foil. This being Florida, the state known for attracting characters, it was small news.  Still, I had to see the house.

A shiny house stands out in a neighborhood of white block look alikes. The art upset the neighbors. The Tampa Bay Times  story has a tone similar to the classic children’s book Imogene’s Antlers, by David Small — in the story, well meaning towns folks launch a frenzy of “cures”  to rid Imogene of her antlers. Artist Piotr Janowski experienced a similar reaction. Neighbors called code enforcement to remove the unsightly skin, others called an arborist in case the wrapped palm trees might be suffering. Some neighbors speculated on “what-ifs” in threatening tones.  Janowski shrugged indifference (as did Imogene).  Isn’t art supposed to stir up trouble and get people talking?

It was June when I met Janowski in his “runway” (driveway). The Polish native  graduated from the Art Institute of Chicago. Recently he moved from Vienna to Tarpon Springs.  He loves Florida’s bright light and so he noticed something was lacking, — solar panels on  the roofs. In Vienna, solar panels are common.

That gave Janowski an idea to call attention to an “ugly, ordinary” house and a typical 1950s subdivision and update the architecture with an energy efficient skin. “Why don’t Floridians take  advantage of solar energy?” he asked.

He first started experimenting  with the foil  by applying it to the trunks of two palm trees. In addition, he affixed aluminum foil “ears” to the trees.  The result transformed the sawtoothed tree into a  reflective surface.

That inspired Janowski’s bigger idea to foil the outside of the house. Sheet-by-sheet, he sprayed adhesive to the back of each panel and  pressed the Reynolds Wrap onto the walls and the garage door.

When I visited, he had just finished covering  the “runway” (driveway).   I bent down to touch the surface, It was surprisingly cool. The night before, Tarpon Springs had a heavy downpour. Frogs were attracted to the shiny surface and “sang” loudly  — apparently  the amphibians mistook the surface for water. While we stood there talking,  several flying insects dive-bombed onto the sky-reflecting surface.

Janowski’s project has drawn worldwide attention. I’d call it a success. To see a time-lapse of his foil house in progress, check out his Facebook page.