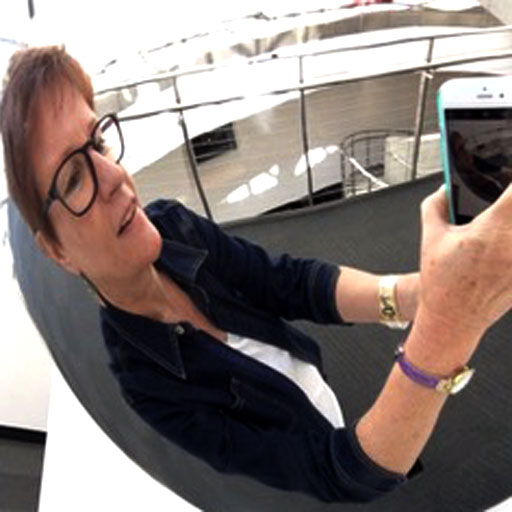 Are you curious about what gets built in your city and state? I am. That’s why I look at houses, new buildings next to old buildings, and ask what’s the story here?  My questions begin with who built that and why? The “who” is often an artist, architect, or gardener; I like to tell the stories of why they built that. I’ve written about  Mission 66 in the Everglades, the St. Petersburg Pier and Piotr Janowski’s foiling art installations, I travel to see architecture and art galleries and post my reflections. I’ve toured some of the most important gardens on the Eastern Seaboard. I’ve explored National Parks in Utah and on the Pacific Coast. This is to say my interest is mainly Florida, but I’ll take any opportunity to explore cities and gardens anywhere in the world.

I have a master’s degree in Florida Studies and I write about places, and what we can learn from the architectural heritage left in those places. 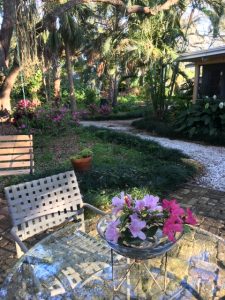 When I’m not writing and traveling, I’m a community college professor, a wife, mother, sister, and gardener. I live in a remodeled a midcentury modern house on a cul-de-sac. I bought the house because I could restore many 1960s Florida details such as the terrazzo floors, sliding glass doors, and screened porch. But I love it mostly to feel the connection to the Florida landscape. A creek flows behind the neighborhood, century oaks attract birds, raccoons, butterflies, and cats, and I’m pretty sure, coyotes. Lately, I’ve been watching an owl nesting in the owl box. 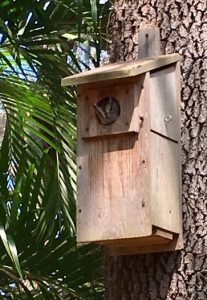 I sometimes paddle my kayak in rivers and waterways around Florida. I live two miles from The Gulf of Mexico where I can swim at some of the most perfect beaches in the world. I hope you’ll follow me for updates from where the sand meets the sea.