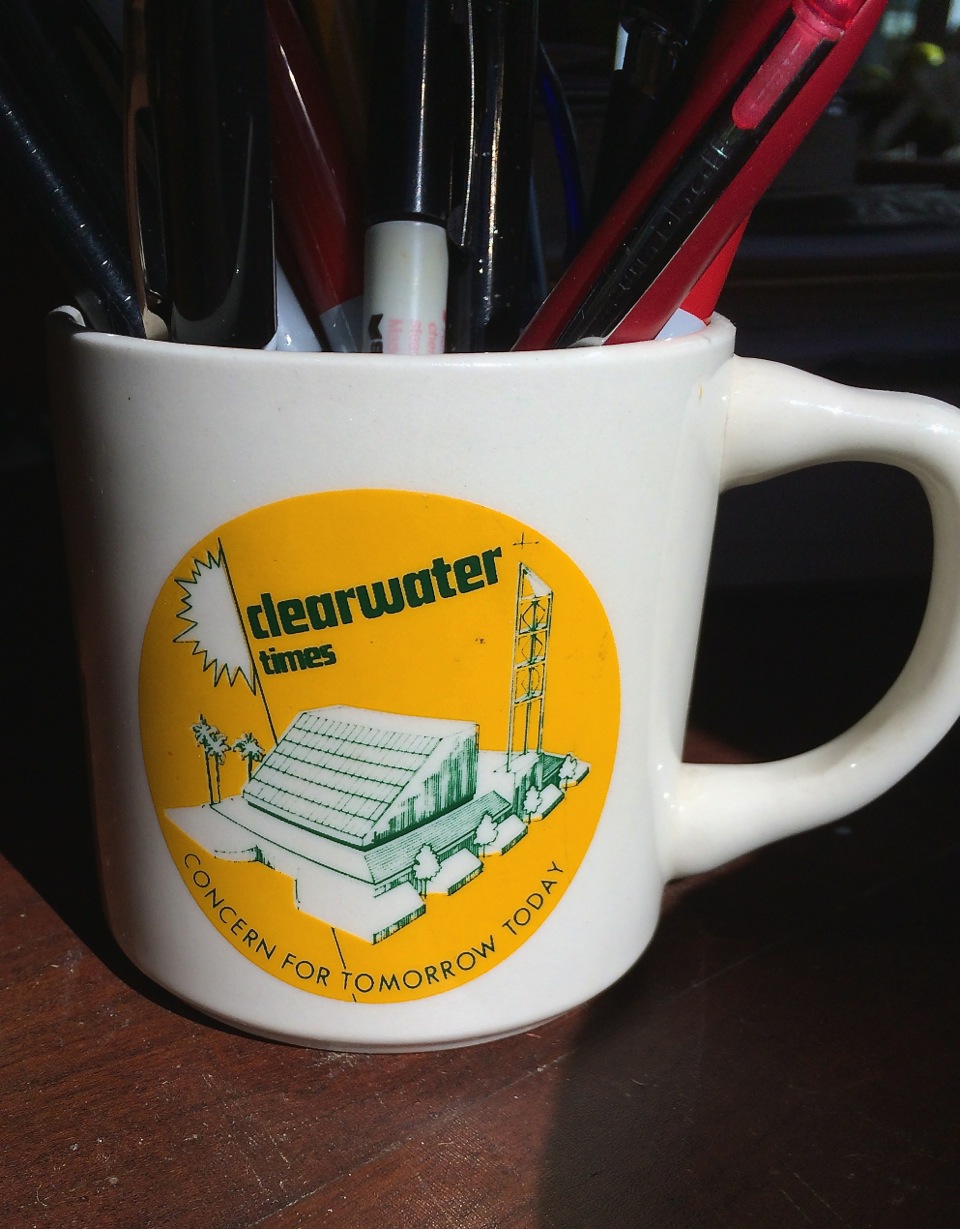 1978 Clearwater bureau commemorative mug given to staffers and VIPs on opening day.

Energy Efficiency was a new concept in 1978 when the  St. Petersburg Times, Clearwater (Florida) News Bureau opened. The building represented forward thinking in architecture. I just thought it was cool.

My husband was a Times photojournalist working there at the time. I was proud to be associated (by marriage) with such an environmentally friendly building.  It was the first building in the area to harness the coastal wind and the intense Florida sun to generate its own power. It featured a multistory wind turbine that looked like a vaguely menacing egg beater, and the roof was clad in black solar panels. It certainly stood out as a landmark in tourist oriented downtown Clearwater. 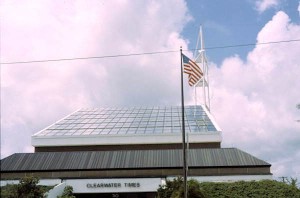 The reporters called it the bunker because of the sloping earthen walls tacked down with creeping juniper plants.  It resembled a giant anthill as reporters scurried in and out of the side of the hill.  Alas, another mid-century ant hill scrubbed off the landscape. The city of Clearwater plans to build a bus terminal on the spot.