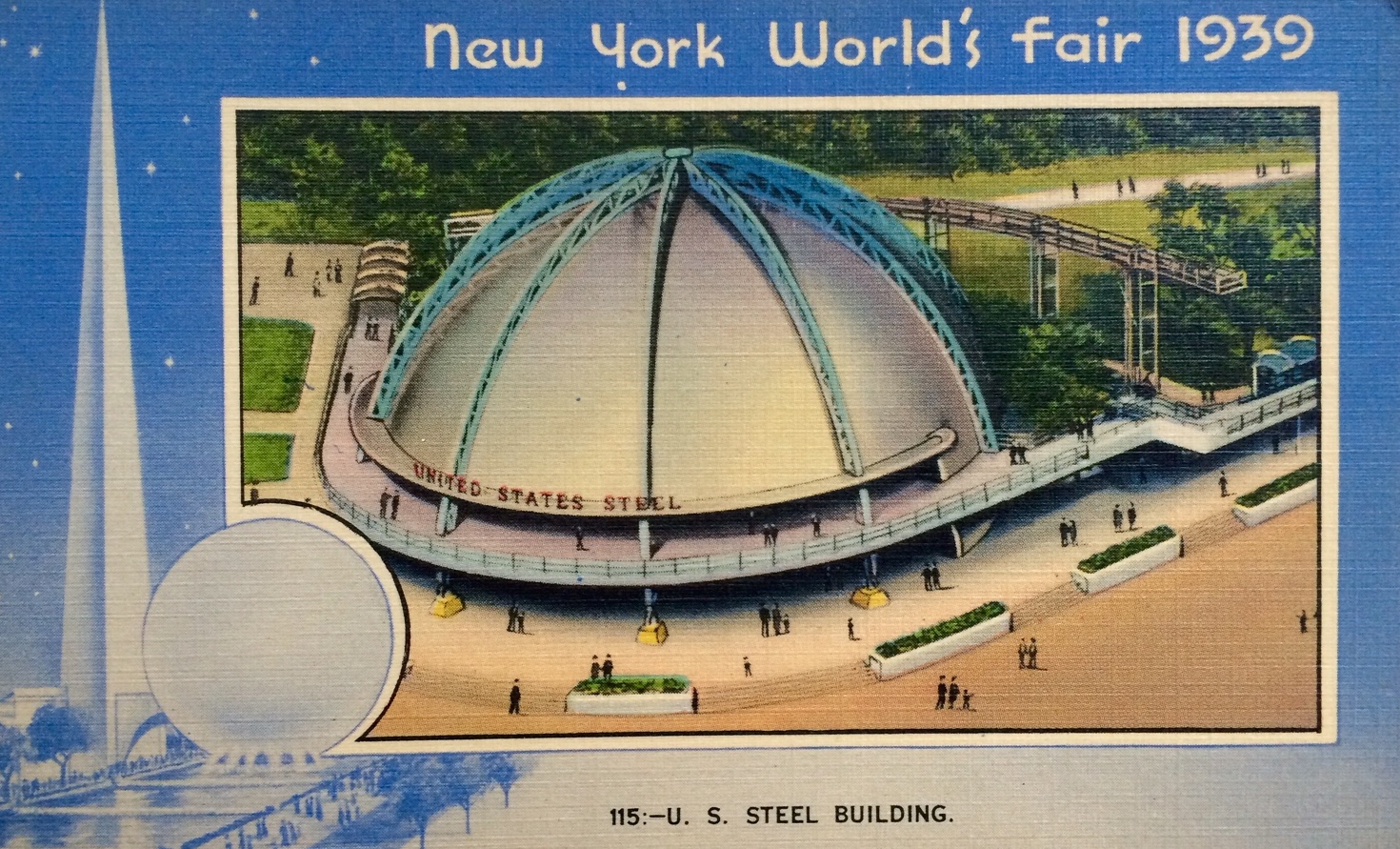 It’s a lucky break for me that my in-laws liked to travel and collect post cards along the way. They left me a stack of vintage Florida souvenir postcards from memorable vacations. And others —  for example this treasure from the New York World’s Fair of 1939. This image of the U.S. Steel Building became the icon for the World of Tomorrow.

Walter Dorwin Teague designed the futuristic building. The building specs are conveniently  printed on the back of the card: A 66-foot high stainless steel building made of structural steel members exposed on the exterior. The supports weighed 350 tons and rose 72 feet above the ground. Painted blue and lit, for a dramatic night effect by concealed lights, creating a dramatic glow reflecting bright light into the night sky. 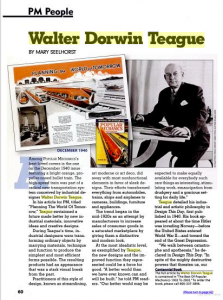 It turns out Teague was full of futuristic ideas that he hoped would help make the world a better, safer place to live for people all over the world. He wrote Design This Day

He was one of the Utopian thinkers of the late 1930s who believed he should apply his imagination to solve environmental and population  problems by building a better city.  Steel, a revolutionary building material in 1940, could make transportation and building cheaper and faster for the average worker. For example, he envisioned a futuristic train, called the bullet train, for “fast, short-haul traffic, both passenger and freight.” He predicted that the trains could move as fast as 200 miles per hour. Remember this is before the Interstate road system was built. I didn’t know the name Walter Dorwin Teague before I happened upon this cool postcard. Clearly, he was an important American industrial designer who contributed famous iconic artifacts to the culture – including designing cameras for Eastman Kodak. This brief introduction to Teague came to me via another fading icon, the postcard.